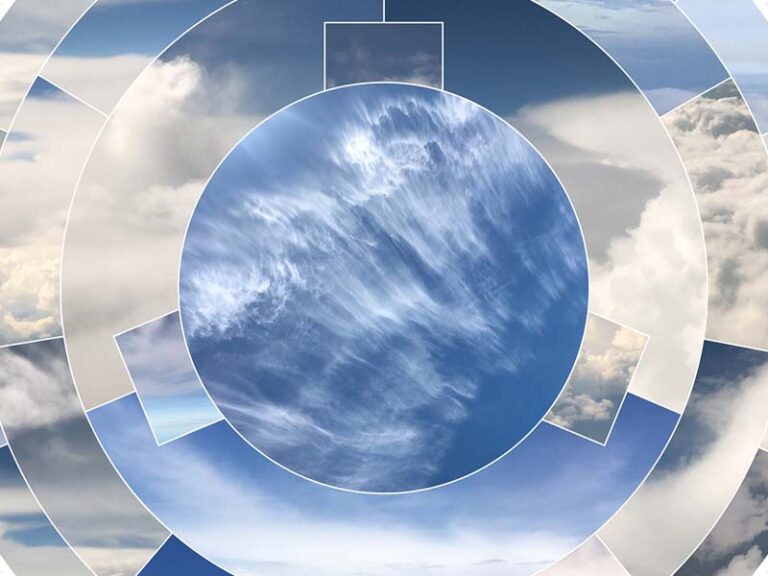 I released a new series which visualizes the SHA-256 hashing algorithm.
PrevPrevious
NextNext

My current body of work explores technical blockchain concepts, which I try to visualize for a broader audience. One of the ideas which stuck with me is hashing and its power to verify the integrity of data securely. It inspired this visualization project entitled Cloud Hashes, which I used to introduce visitors to the process of hashing during my blockchain-themed art exhibition. The artwork itself consists of three animated, tokenized digital artworks; in addition, I created a limited print edition of 5 each.

Since Bitcoin uses the SHA-256 algorithm, my artwork visualizes and references many elements of this hash function. SHA stands for Secure Hash Algorithm and 256 for the number of bits. Designed by the NSA, this SHA-256 algorithm creates a unique fingerprint of any text or file mathematically. This unique fingerprint is called the hash. What makes it secure and desirable is that with the slightest modification of the original text, the output hash is entirely different.

It is just as easy to verify the integrity of vast amounts of data, i.e. the contents of all books ever written, as they can be hashed to the exact same-length output hashes. In the following, I will deconstruct some of my SHA-256 algorithm references.

In a nutshell, the center photo represents the input, which leads to the creation of a SHA-256 hash in the outer ring. The rings in between represent the several stages the algorithm works through to convert this input to an output hash.

In the first step, the hashing algorithm splits the input image into its fundamental parts.

The algorithm converts the input to binary code and pads it with additional bits to comply with its specified length to operate further.

The compression algorithm then mathematically slices, stretches, shuffles and scatters the data iteratively. Even the slightest change to the initial input image drastically changes the result of each iteration. This desirable effect is called the avalanche effect.

In the last step, the algorithm converts the binary code to base-16, a hexadecimal numeral system. The 16 segments in this ring represent the possible values 0-9 and A to F. The hexadecimal format is the format we humans interact with hashes since it is substantially shorter.

To better visualize the hexadecimal value, I created a readable small-caps font based on this grid of 16.

In the animation, the input image in the centers turns in 70 degrees intervals, and the hash algorithm starts subsequently processing through all stages and generates output hashes.

Since the videos would be identical but for their starting point, I have worked with Colorado-based audio engineers Alex Scott and Callum Bair on the creation of three different ambient soundtracks to make the videos as distinct as their hashes.

I created limited print editions of 5 for each of the Cloud Hashes. The three animations mentioned above serve as the respective augmented reality layer for the prints and can be brought to life with the free Artivive app for iOS and Android.

Trying to crack the initial message of a hash would currently take even supercomputers years. Hence the best method appears to be guessing, but with 2^256 possible combinations, it is highly unpromising. The number is close to the number of atoms in the known visible universe.

Bitcoin uses two hash algorithms, SHA-256 and RIPEMD-160. One can consider this as a belt and suspender solution. 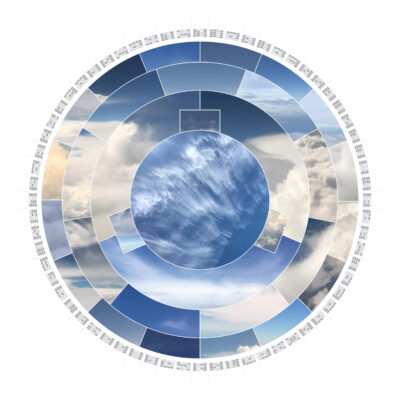 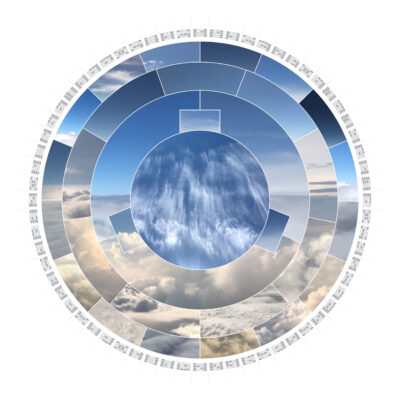 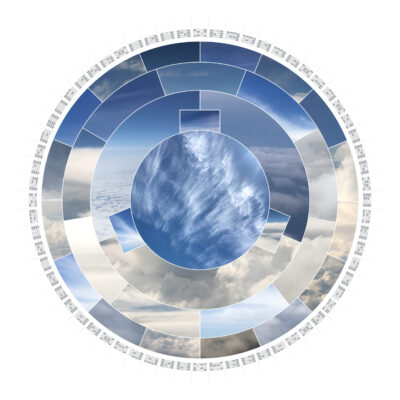 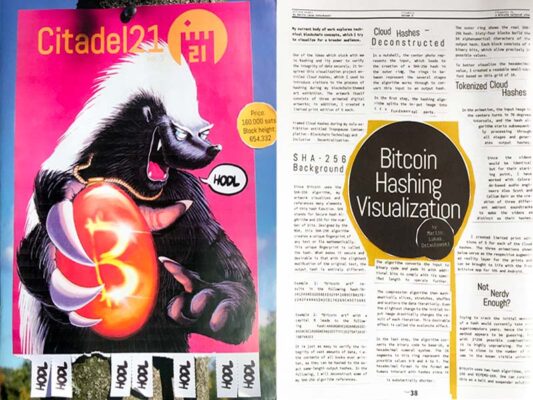 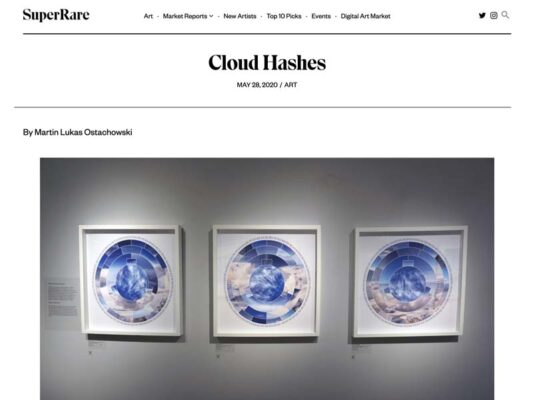