Featured in Surfing With Satoshi: Art, Blockchain and NFTs 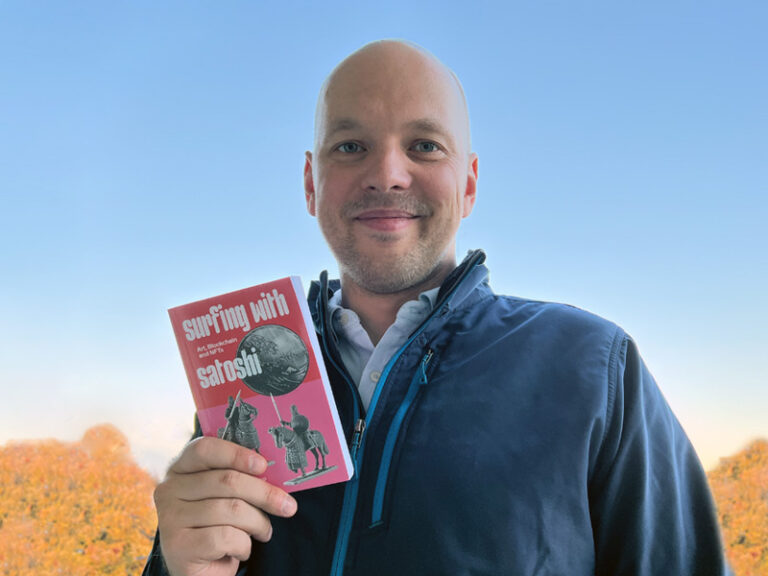 “Martin Lukas Ostachowski is a German artist who was born in Poland and emigrated to Canada. His work, which is influenced by geometric abstraction and Minimalism, focuses on the theme of the “cloud,” both as an object and a metaphor for the blockchain, where has regularly been putting his creations since 2018. Like many members of the crypto community, he is enthusiastic and evangelical about the blockchain, above all, the potential for inclusivity and community-building. His site offers an up-to-date timeline of what he calls “Crypto Art” which is a goldmine for scholars and historians. It begins in 2011 and includes not only art projects and platforms, but also exhibitions and conferences. Many projects we explored in Chapter 2 are meticulously listed in it. Ostachowski’s timeline does not propose a definition of “Crypto Art” but his selection of projects and some of his editorial criteria (such as the distinction in the subtitle between “Crypto Art,” physical works regarding the blockchain, and collectible objects) reveal a variable interpretation of the term, which ranges from a narrow grouping (“Crypto Art” being artworks “tokenized” on the blockchain) to a broader category (“Crypto Art” being any art linked to the blockchain in some way, technically or semantically) …

The craze for Non-Fungible Tokens (NFTs) that erupted in early 2021 thrust the art world into the debate on the blockchain, the decentralised public ledger that holds these tokens, as well as cryptocurrencies, and promises to make “verifiable digital scarcity” a reality. Born out of the 2008 financial crisis and seen by many as the cornerstone of a new, more private, more secure Web3, the blockchain has changed the global economy and is now reshaping the digital environment in which art is increasingly being created, distributed and exchanged. Written amidst an explosion of technological hype and a speculative frenzy, Surfing with Satoshi sets the promise of the NFT market in a historical context, investigating the technologies it is based on, the role of certificates and contracts in contemporary art, and the evolution of the media art market over the last thirty years. Riding the wave of the ongoing debate, the book tackles a series of as yet open questions, including: what does art have to do with the blockchain? Does it make sense to talk about “Crypto Art”, and if so what can be said to define it, apart from the way it is traded? Is speculation the be-all and end-all of this trend? How on earth can an infinitely reproducible digital file be deemed “unique”? Will the blockchain’s promise of disintermediation destroy the art world as we know it? And how is the art world reacting to the situation? Are NFTs an opportunity for artists or a scam perpetrated against them? Who are the collectors willing to pay millions for a certificate of authenticity, and why are they doing it? And why do the visual arts seem to have acquired such a central role in the crypto economy?